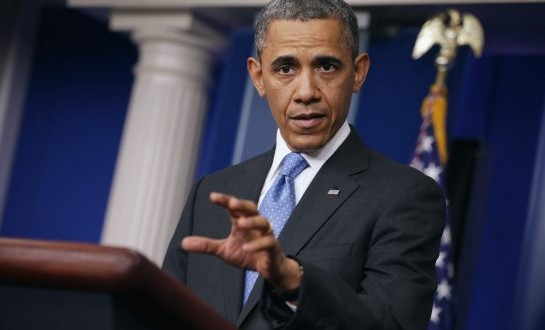 Canadians should acknowledge Latin Americans’ very real grievances with the war on drugs, and our shared responsibility in addressing the problem.

The Canadian prime minister visited Colombia and Peru last week, two of the most productive economies in Latin America. Canada sees Latin America, and the Pacific Rim countries in particular, as gateways to freer trade. While extolling the virtues of enhanced trade ties, Harper failed to mention that Colombia and Peru are also two of the largest producers and exporters of cocaine on the planet. Also quietly avoided was any talk of the explosive levels of drug-related violence across the region. Yet Canadians should acknowledge Latin Americans’ very real grievances with the war on drugs, and our shared responsibility in addressing the problem.

Leaders from Mexico, Central and South America are increasingly convinced that the war on drugs is failing. Many of them are urgently debating alternative approaches, including decriminalization, since the present strategy is broken. And it seems that at least one country in North America is starting to agree. President Obama’s visit this month to Mexico and Central America presaged a shift in narrative from security to economic priorities. And a new report just released by the Organization of American States concurs, calling attention to the shortcomings of repressive anti-drug policies across the western hemisphere.

Latin Americans have long been critical of what they describe as the Yankee’s war. Signs of their impatience surfaced during the 2012 Summit of the Americas when presidents from Costa Rica, Guatemala and Colombia called for an end to prohibition. To their surprise, Obama showed openness to new approaches and Harper conceded that “the current approach is not working” and that alternatives were needed. Many now feel that this moment marked the beginning of the end of the drug war.

Today, many political leaders across Latin America are determined to refocus attention on growth, employment and tourism. They recognize that bad news sends out terrible signals to financial markets and would-be tourists. In the coming months we can expect more energetic discussion on access to energy, infrastructure, jobs, immigration and trade. Closer to home, there is also growing impatience with Canada’s “tough on crime” approach, and calls for a change of direction.

It is hardly surprising that Latin Americans are changing their tune. They are heavily scarred by the fall-out from the drug war and their populations are demanding a new approach. In a bid to differentiate himself from his predecessor, Mexico’s new president, Peña Nieto, is demanding that all U.S. assistance is channeled through a “single door” rather than through hundreds of federal and state-level agencies. President Obama’s comments in Central America also suggest a retreat from a law and order approach to one that favours softer socio-economic priorities.

In spite of this shift in rhetoric, the fact is that the United States still privileges military solutions over developmental ones. Successive U.S. administrations have committed more than $14 billion toward military equipment and drug eradication efforts in Colombia, Mexico, Central America and the Caribbean since 2000. Analysts contend that it has blown more than a trillion dollars since the 1960s. Now the United States is publicly calling for a more “balanced” approach since, as one drug enforcement official explained: “there are only so many black hawks [helicopters] we can sell them.”

The refocusing of attention on the economic drivers of organized crime, including big time drug traffickers and organized gangs, is a welcome development. After years of pushing repression, there may now be space to discuss the underlying factors that animate supply and demand for drugs in the first place. Criminologists have long shown how poverty, inequality and weak public institutions give rise to violent criminal entrepreneurs. The novel emphasis of the presidents of Mexico and Central America on education and jobs for vulnerable youth is undoubtedly good news.

But a narrow focus on economic development alone will not diminish the region’s drug and gang problems. Instead, it risks depoliticizing the debate, and concealing the ways in which corrupt elites keep the drug business thriving. What is really needed is a comprehensive strategy that elevates violence prevention as the goal of drug policy. This means investing not exclusively in police and judicial institutions as Canada is doing, but also increasing spending on prevention, including vocational training and job-placement for at-risk youth, supporting single mothers, and investing in poor under-serviced neighbourhoods.

It is high time that Canada and the United States re-think the metrics by which they measure success in dealing with illicit drug production, trafficking and consumption. This means moving beyond the amount of drug crops eradicated, suspects put in jail, or the price of cocaine in Toronto or New York. Good policy should be empirically measured in terms of its harm reduction effects, including fewer murders, overdoses and new cases of needle-related disease, and decreased prison populations. Policies shaped by evidence rather than ideology are needed now more than ever.

Robert Muggah is research director of the Igarapé Institute in Brazil and a principal of the SecDev Group in Canada. He is the co-author, with Ilona Szabo de Carvalho and Juan Garzon Vegara, of a new study on the failed drug war.