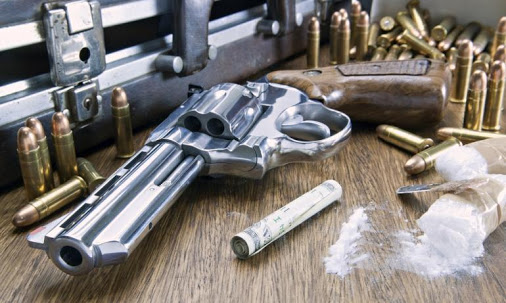 Originally Published in the Latin Times. Image courtesy of ktsdesign via Shutterstock.com.

Drug cartels in Mexico have notoriously misunderstood the word low profile, from pouting in selfies, to photographing their pistols; members of these violent and dangerous gangs have harnessed the power of social media to show off their lucrative lifestyle. Drug cartels are now using social media; specifically Twitter and Facebook, in the same way most retailers utilize the online tools–marketing. Members of drug cartels apparently take classes in marketing because they are using the same techniques as many high-powered PR firms. According to Antoine Nouvet from the SecDev Foundation,  “They advertise their activities, they conduct public relations initiatives, and they have basically turned themselves into their own media company,” he explained. “Colombia’s cartel groups or drug traffickers in Myanmar in the 1990s were very sophisticated at public relations, but they didn’t have this massive broadcasting platform.” Although now with the ever-expanding social media platforms, the world is growing more and more connected each day, making it easier for drug cartels to reach more viewers and potential gang members.

According to Vice, a speech delivered by a leader of the Knights Templar Cartel gained over 120,000 views. Not only is the amount of hits astonishing, when compared to other hits it demonstrates the power of not only the cartels in Mexico but the reach of social media. The speech has over 60 times the amount of views gained by the Mexican president, Enrique Peña Nieto‘s September 2013 State of the Union Address. The Knights Templar Cartel seems to be the most seasoned in regards to social media; members operate multiple individual profiles, while the cartel also hosts several pages. The notorious gang operated a Facebook page under the “small business” category, and despite its blatant illegal nature and violent actions, the page had over 10,000 “Likes” and consistent positive activity and messages of support and praise before being shutdown earlier in 2013.

Not only do cartels like The Knights Templar use social media to solidify power and gain support, they are actively recruiting new members via Twitter and Facebook. Jorge Soto, Engineer in Computer Systems Innovation Office of the Presidency, explained, “cyberspace is empowering to crime and criminal groups, which are overtaking the authorities on this. They are using it to organize operations, to intimidate the competition, to recruit, to confuse the State, and to scare the citizens.” Members post pictures of weapons, cars, clothes, and even big cats, the proud criminals do not even bother to blur out their faces anymore, instead they pose proudly revealing in their luxurious lifestyle.

According to Refroma, a Twitter account created by the user @ZambadaSerafin posted several photos of gold plated military grade weapons, luxury cars, drugs and even lion, tigers and cheetahs as pets. The account, which has nearly 30,000 followers, allegedly belongs to the son of Ismael “El Mayo ” Zambada. Young teens comment about new threats and show their interest in being a part of uprising; the lavish lifestyles entice young kids to engage in a violent and dangerous lifestyle. Officials of the National Safety Commission attempt to continually monitor these recruiting style pages, however when one is eliminated, another one is quickly formed.

Although what the son of one of the world’s most-wanted drug lords was not able to post, was that he arrested at an Arizona border crossing to face drug-trafficking charges in the United States in late November. Zambada’s attorney, Saji Vettiyil, said his client would fight the charges. “My client is looking forward to the day when he can clear his name in a court of law. He has absolute faith in the legal system,” Vettiyil said.