Estimating the human toll of war or humanitarian crisis is a vital job, but no one can quite agree on how to do it

By Robert Muggah for The Guardian.

At least 240,000 Syrians have died violently since the civil war flared up four years ago, according to the Violations Documentation Center in Syria. Or perhaps the violent death toll is closer to 330,000, as reported by the Syrian Observatory for Human Rights. While initially reluctant to issue figures, the United Nations recently took a safe line and stated that 250,000 Syrians had died in the armed conflict. Such statistical irregularity is alarmingly common when it comes to counting the dead.

Take the case of the fighting in Darfur, Sudan between 2003 and 2004. Experts claimed it had resulted in more than 450,000 deaths, but the Sudanese president Omar al-Bashir insists the total was fewer than 9,000. And what of competing claims over the Nanjing massacre in late 1937 and early 1938: were just a few hundred Chinese killed, as some Japanese scholars contend, or were there at least 300,000 deaths, as the Chinese authorities insist?

As is often the case in war, truth is a casualty. Vital registration systems typically collapse, so official records of civilian deaths are unreliable. Governments and armed groups routinely exaggerate or distort the figures. Complicating matters further, there are also bitter disagreements among scholars and activists who study death tolls in the world’s most violent hot spots.

Yet an accurate count of the dead is fundamental. It can lead to compensation and closure for the families and loved ones of those who are killed. Epidemiologist Les Roberts says: “Not acknowledging an individual death [is] an act of disrespect for those who cared for the dead.” Moreover, a credible high count can pressure donors to send more relief and development aid to far-away locales while a low estimate may dissuade the UN from sending in peacekeepers.

A reliable and verifiable count also has implications for international criminal justice and is often used to ascertain whether war crimes have occurred. Evidence of sustained lethal violence meted out against specific ethnic and minority groups has been used by prosecutors to prove or disprove the incidence of systematic human rights violations, mass atrocities and even genocide.

Body counters adopt diverse approaches. Some painstakingly stitch together information gathered from mass graves, cemeteries, morgues and emergency rooms. Some visit bombed-out cities to record the testimonies of survivors, armed with little more than pen and paper. Others collate data from newspapers, human rights organisations, social media and even satellites.

Some social scientists are adamant that only verified cases of killings should be included. Advocacy groups such as Every Casualty and the Iraq Body Count (IBC) restrict their databases to incidents where there is evidence of a corpse and the circumstances of the individual’s death. Each victim must have a name. And because they limit their counts to precisely documented cases of violent deaths, they are often criticised for under-counting the scale of lethal violence.

Most public health specialists rely on population surveys to extrapolate the number of people dying from war. Organisations such as the Center for Research on the Epidemiology of Disasters randomly sample populations to estimate so-called “excess deaths” – the extent of mortality above the pre-war baseline. Surveyors use what’s called a verbal autopsy to interview surviving family members to determine who died and how. Since they depend on estimation techniques and count all deaths, not just deaths from violence, they are often accused of overestimating death tolls.

While sharing common cause, social scientists and public health specialists often generate wildly divergent body counts. Take the case of Iraq in the wake of the 2003 US-led invasion, where estimates of the civilian death toll range from the tens of thousands to more than one million. A group of public health specialists published two widely circulated peer-reviewed studies on the Iraqi mortality rate, in 2004 and 2006. Based on survey-generated data, the first estimated 98,000 excess deaths while the second, more controversially, predicted closer to 650,000 deaths, or 2.5% of the entire Iraqi population.

A Bosnian Muslim woman prays over a casket during a mass burial ceremony in 2012. The bodies were found in 2010. Photograph: Elvis Barukcic/AFP/Getty Images

Meanwhile, the IBC issued much more conservative figures of just under 24,000 violent Iraqi deaths between 2003-2004 and slightly over 66,000 from 2003-2006. IBC proponents challenged the veracity of the public health estimates, noting that if they were accurate, “[then] half a million death certificates were received by families which were never officially recorded as having been issued”. While both sets of figures are horrific, the surveyors’ findings sent shockwaves around the world. Former president George W Bush dismissed the studies, claiming the civilian death count was closer to 30,000.

Some researchers are charting out a middle way to more accurately count civilian deaths. Patrick Ball is a pioneer of what’s called multiple systems estimation. His team statistically combines death records, testimonial evidence, human rights reports and population survey data to establish overall mortality counts. His research has found its way into war crimes trials in Guatemala, Sierra Leone and the former Yugoslavia. Many believe that he has come as close to the gold standard as is currently possible.

The quantification of violent death is far more than an academic exercise. Robust death counts have helped convict war criminals and support truth commissions in societies ripped apart by mayhem and violence. As estimates supported by aid and activists groups in the Democratic Republic of Congo (DRC) and Sudan have demonstrated, high death counts helped unlock billions in financial assistance and the deployment of tens of thousands of UN blue helmets.

In the case of DRC, the International Rescue Committee (IRC) commissioned a series of mortality surveys between 2000 and 2007. Enumerators were told to document all deaths, not just those due to bullets or machetes. Their findings were a bombshell. The researchers initially claimed that 5.4 million Congolese died as a result of the armed conflict from 1998 to 2006. Under pressure from critics, the estimate was later revised downward to around 2.8 million deaths, with roughly 10% attributed to violence. 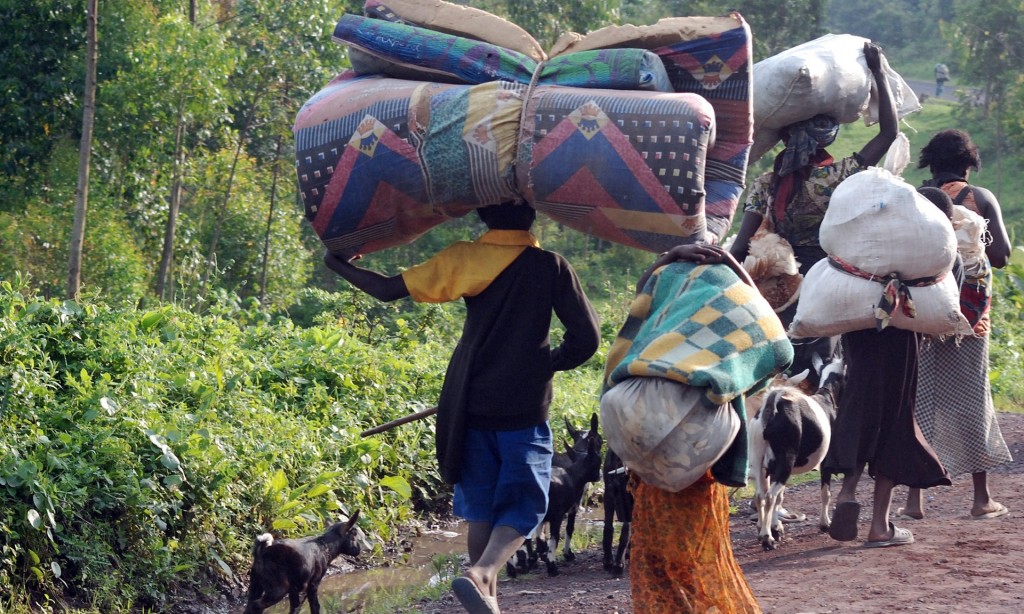 The IRC studies pushed donors into scaling up funding to the region by 500%. They also helped justify the deployment of the largest UN peacekeeping force ever assembled. Soon after, the DRC surveys themselves came in for criticism. Andrew Mack, at the Denver-based One Earth Future, determined the death toll to be closer to 900,000, far lower than the original estimate.

The truth matters. Yet governments often hide and downplay deaths. As a former US General Tommy Franks memorably stated when questioned about high casualty rates during the Afghanistan campaign: “We don’t do body counts.” But the discounting of death is hardly in any society’s long-term interest. People need to know what happened in order to survive and cope with dramatic events, including a massive loss of life.

Dr Robert Muggah is the research director at the Igarapé Institute in Rio de Janeiro, and at the SecDev Foundation.