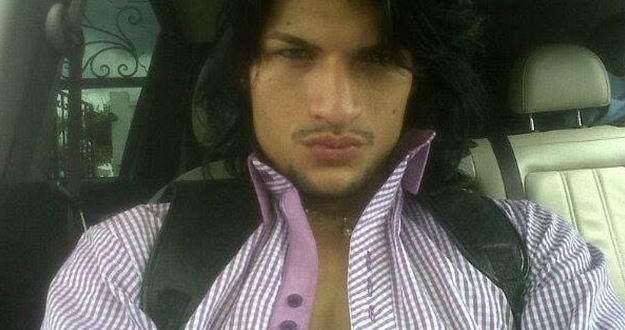 Originally Published in the The Voice Of Russia

One would think that members of international drug cartels would steer away from social media websites like Facebook and Twitter, as oversharing can implicate them of crimes. But that’s quite the contrary with members of Mexican drug cartels who are sharing pictures of themselves pouting, guns, cash, and women on Facebook. Originally reported by Vice, the public pages of the drug cartel members show insight into the dangerous and illegal world of cartels. Photographs from official cartel Facebook pages and personal pages of cartel members have shown them with drugs, firearms, and other lavish items to perpetuate the glamorous ‘lifestyle’ of being in a cartel.

What’s the point of having a social media page? Many cartels are using social media to create a positive image and use the pages for recruiting purposes. Additionally, by creating a positive image, the cartels can counter the claim that they are bad and can control what people see. “They advertise their activities, they conduct public relations initiatives, and they have basically turned themselves into their own media company,” said Antoine Nouvet, who works with the SecDev Foundation, a Canadian research organization that is working on the Open Empowerment Initiative to see how cyberspace is effecting Latin America. “Colombia’s cartel groups or drug traffickers in Myanmar in the 1990s were very sophisticated at public relations, but they didn’t have this massive broadcasting platform.”

If getting attention is the purpose, then the cartels are succeeding. Consider this: The Gulf Cartel posted a video on YouTube of them providing relief during Hurricane Ingrid. The video, which shows the cartel providing food and water, has garnered 500,000 views.

The leader of the Knights of Templar cartel has a video on YouTube which has one million views. While this number may not seem as impressive when compared to viral videos, it’s a huge success if you consider that the State of the Union address by Mexican President Enrique Peña Nieto’s State has less than 16,000 views. The Facebook page for Caballeros Templarios, which has been banned, has more than 10,000 likes on Facebook before it was taken down, according to Vice. After taken down, a prominent member of the cartel created a personal page to promote his lifestyle.

While it may seem that social media is helping the drug cartels, experts believe that social media will ultimately be their downfall. “Technology that benefits the cartels suddenly turns out to be one of their key vulnerabilities,” said an expert to DailyMail, “And that could be the case in Mexico if the government adopts better skills and laws to counter them in cyberspace.” The cartels implement analysts and engineers “to find out what Mexicans are saying and keeping an eye on the movement of troops in and out of a city,” according to Nouvet.