On May 27, 28, 2015, more than 100 participants envisioned ways to use new technologies to help youth caught in conflict at #HackingConflict, a #DiploHack challenge in Ottawa. On 27 & 28 May 2015, six teams of 12-15 people from diverse backgrounds, participated in a co-creative and collaborative event which challenged them to approach conflict differently. Two of the teams tackled issues regarding the Syrian conflict.

“Disrupt the Chain seeks to enable crowd-sourced enforcement of UNSC Resolution 2139 to uncover the Syrian barrel bomb supply chain, with a view to undermining the Assad regime’s ability deny the use of barrel bombs, and to build an evidentiary base for international condemnation, sanctions, legal action, and boycott campaigns. This initiative aims to aggregate documentation to degrade the supply chain that enables the Syrian regime’s barrel bombing campaigns.”

SalamaTech worked with partners in Syria to help provide context for #HackingConflict participants. The result are a series of moving videos shown here below:

The teams presented their ideas and were judged by a panel of experts. The #HackingConflict #DiploHack coincided with a royal visit from King Willem-Alexander and Queen Maxima of the Netherlands, and participants had the opportunity to pitch their ideas to the Royal Couple. Below is a video of Team B’s pitch:

Team B ultimately won the Judges Award for their concept and will propose their idea to the government of the Netherlands in the following weeks.

All of the ideas pitched at #HackingConflict can be found here. 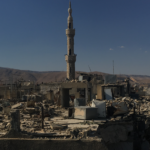 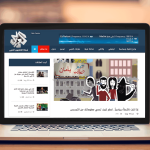 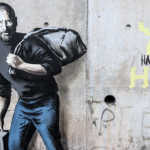 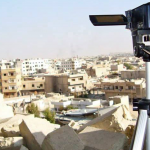