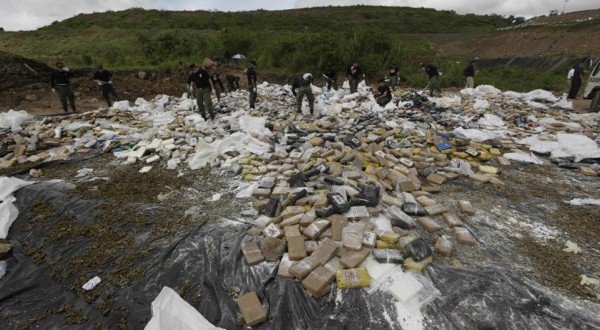 The war on drugs has been subjected to unprecedented criticism over the past few years. For the first time since the inception of the international drug regime in the 1960s, world leaders are calling for the regulated legalization of all drugs, and not just marijuana. Politicians, businessmen and activists from across North, Central and South America are leading the charge.

Several Latin American presidents are at the forefront of this drug policy revolution,insisting on the legalization of cannabis, opium poppies and coca. Some Western European leaders are also demanding that punitive drug laws be replaced with updated measuresputting public health, human rights and safety at their center.

It is not surprising that Colombians, Guatemalans, Mexicans and Uruguayans are insisting on a new approach. For many of them, the war on drugs is personal. The region is ground zero for the $330 billion a year illicit drug trafficking business. Many Latin American countries and cities are also experiencing increasing murder rates—several times the global average—owing in large part to the militarization of drug policy in the region.

For more than five decades, the goals of drug policy were disproportionately slanted toward tamping down the supply of illicit drugs in producing and transit countries. Success was measured in acres of illicit crops eradicated, tons of illegal drugs interdicted and numbers of producers, traffickers and consumers put behind bars. Demand- and harm-reduction strategies were an afterthought, often consisting of involuntary treatment programs for users and pleas for abstinence.

There is just one problem: The war on drugs isn’t working. It has never worked. Notwithstanding the faithful pursuit of fumigation programs, counternarcotics activities and “just say no” campaigns, neither demand nor supply have declined. By the United Nations’ own admission, the war on drugs failed. Instead, it has fueled organized crime and violence, filled prisons with low-level traffickers and users, and destroyed the lives of tens of millions of people along the way. And while the positions of some drug war enforcers are softening, more than $100 billion is still spent on prosecuting this strategy annually.